Technology plays a huge role in our everyday lives,
but along with it come big security problems too.

The “WannaCry” virus is an example of “ransomware.” It’s a really complex 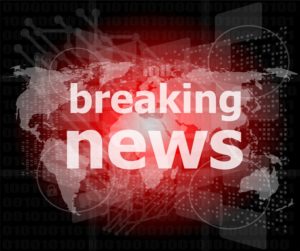 piece of software that generally falls into a bigger category called “malware.” (And that means it’s a bad thing.) Once accidentally turned on by a computer user, this virus blocks all access to a person’s hard-drive files. The only way for a victim to get back access to a computer that has been infected by WannaCry and other similar encryption ransomware is to give in and pay a ransom to decrypt the blocked files. (“Encryption” is the alteration of electronic data into another format that cannot be understood by anyone except those with an encryption “key.”) It is important to note that if files are backed up off of the infected computer’s hard drive, all this can be avoided in the first place. (More on that later…)

Ransomware is a modern version of the kind of extortion that Al Capone was famous for back in the early twentieth century when he would empty the pockets of his victims through the threat (and use) of physical violence. In modern times the threat of losing all your computer files is just as effective as the idea of baseball bat to the knees…

that decrypts the blocked files, there are also what are known as “lockers.” This form of ransomware “locks” the computer user out of the operating system, making it virtually impossible to access any files. The difference here is that the files are not encrypted. Instead, a ransom is demanded in return for unlocking the computer that is exposed to the virus.
The most common threat presently is encryption ransomware, of which WannaCry is a prime example. And these threats are also potentially dangerous…

Unfortunately, ransomware such as WannaCry can be way more than just a major inconvenience to computer users as it also can strike, for example, hospital computer systems and possibly put people’s very lives at risk. Alarmingly, the vast majority of U.S. medical institutions have no people on staff who can deal with these cyber threats and this means our healthcare system is frighteningly vulnerable. Many experts are urgently counseling hospitals to hire cyber security professionals to make patient files and administration information safer.
Now that there is an alternative (and untraceable) form of digital currency called “Bitcoin” along with the invention of increasingly sophisticated encryption methods, ransomware has transformed into arguably the most dangerous threat used in cyber criminality. Modern day pirates are increasingly attracted to this highly lucrative form of crime. Over the last ten years, the types of encrypting malware have increased in a very big way. The Wanna Cry virus alone infected around 300,000 computer systems, stopped medical care providers in their tracks, closed down factories, and will have likely resulted in losses of billions of dollars.

How to Fight Back

Unfortunately, once files have been encrypted there’s little a person can do other than paying up and hoping the extortionists live up to their end of the bargain to decrypt your files as promised. Keep note that you are dealing with criminals, so even if you do pay the ransom there’s the likelihood you won’t get back your precious files.

The way to mitigate these threats is by investing in a good cybersecurity program that can thwart malware attacks before they happen. Before doing that though, it is highly recommended to invest in a data backup service or buy a portable hard drive to store copies of all your data on a regular basis. Be aware of your backup methods! If you lose your files to an attack, the only solution is to restore from a backup that was not connected to the computer when it was attacked. If the backup device is attached when the system is attacked, the files on back-up will be encrypted too! This explains why many experts tout the value of a good offsite backup service. We offer our CAP-IT Monitored Backup service that is designed to protect your data on a daily, or more often, basis. And, finally, be sure to keep your computer’s software up to date! (Wanna Cry exploited a vulnerability in Microsoft’s software.)